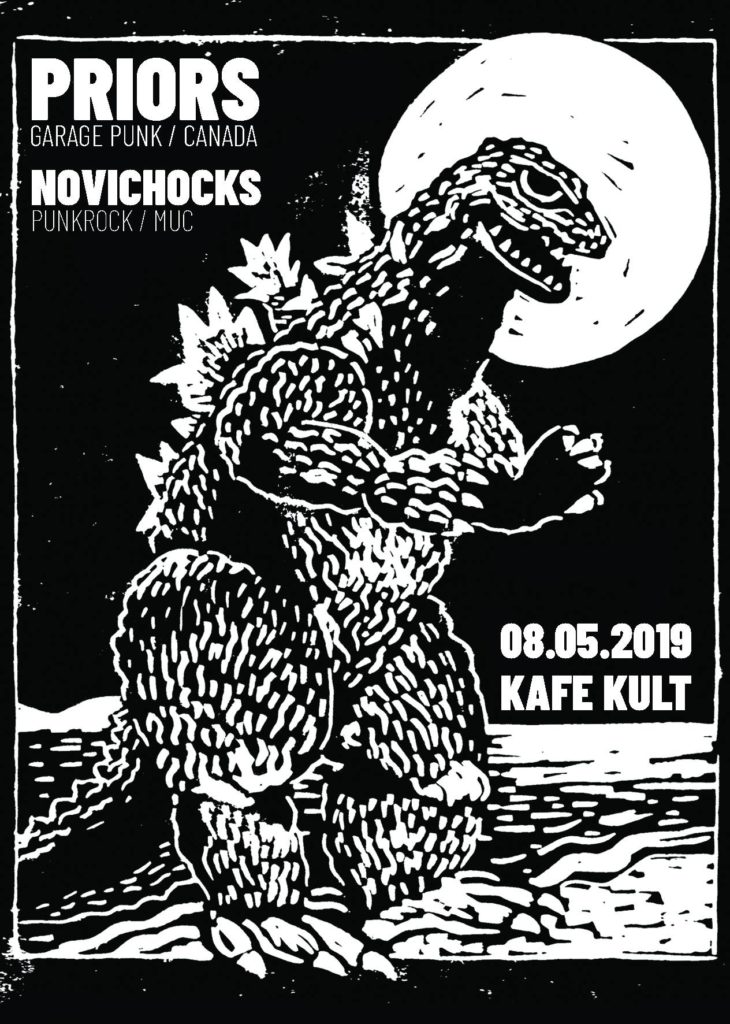 Slovenly Recordings zooms into a new universe somewhere between their trademark trashy echo-poonk and future-shock squalls with “New Pleasure” by Montreal quintet PRIORS. Hailing, scaling, and wailing from a long-scrambling Canadian scene whose rep is not as revered as it should be, PRIORS furiously scrunches together lacerating fuzz riffs, maniacal snare drum abuse, skittish analog shivers, and savagely scared shouting that’s sometimes double-tracked into microchip-loose robot nervousness.

PRIORS idea of “letting up” is a quick drum intro like on “Sunshine,” the plower pop of “At Your Leisure,” the half-minute instro-intermission of “Life Part 2,” or, uh… Oh who are we kidding? They don’t let up, and they don’t kid. A frozen stare into some slate-grey abyss is their “look” — two minutes of pummel, their “sound.” Avoidance of nuclear war or any other waste of time their “career trajectory.”
“New Pleasure” — their leap-ahead second LP — is the next album to convince you that rock’n’roll not only has gas in the tank, but space rocket fuel too, burning off into worlds beyond this square one.