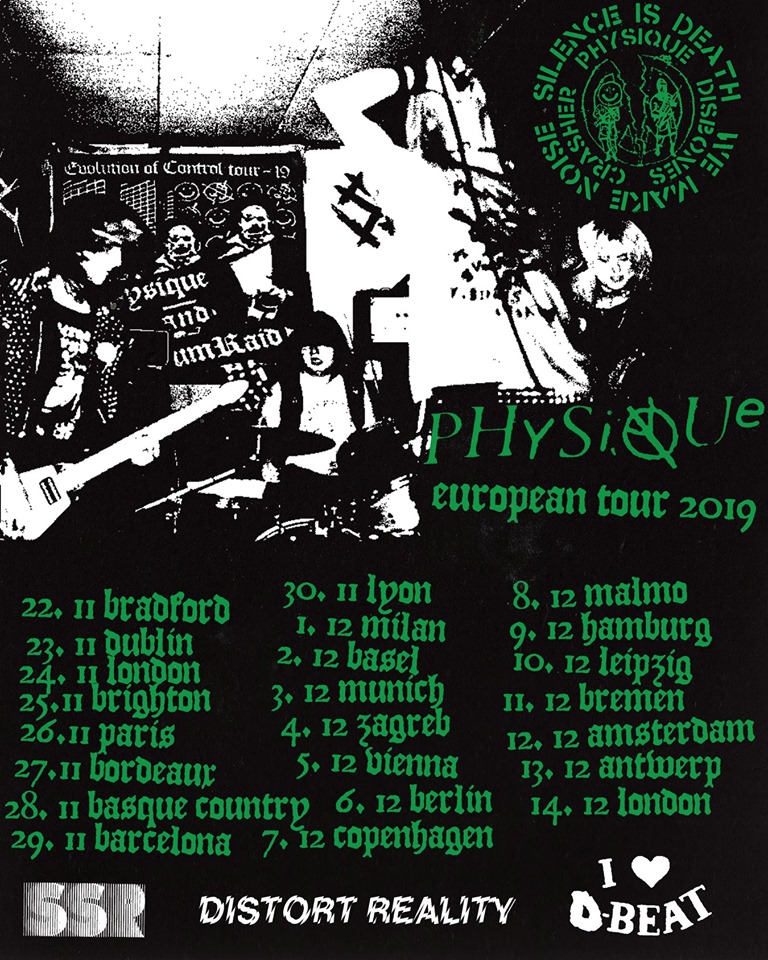 “Sometimes, one wants a record to push at a genre’s furthest boundaries, to approach it at odd angles, to splice in new perspectives, to truly mess with the form. Other times, it’s more than enough for a record to master the form, to execute it excellently. It depends on the style, it depends on the players; with punk, especially, a subgenre that can be interpreted as simplistically or as wildly as one desires, there’s a lot of satisfaction to be found in both modes. Physique’s Punk Life is Shit is a picture-perfect Japanese-style D-beat record, a noisy, nasty rampage, a kicked-up windstorm, a roughly 10-minute howl against oppressive forces: the history of U.S. colonial occupation, impending nuclear destruction and other horrors of war, the gender binary, the punk scene’s own reiteration of mainstream social structures. It comes from the heart, and there are clobbering drums and blistering solos. What else could you ask for here? This Olympia group features members of the much-beloved G.L.O.S.S., and their furious energy carries through. Put it on and open up an instant circle pit anywhere you go.” –Jes Skolnik