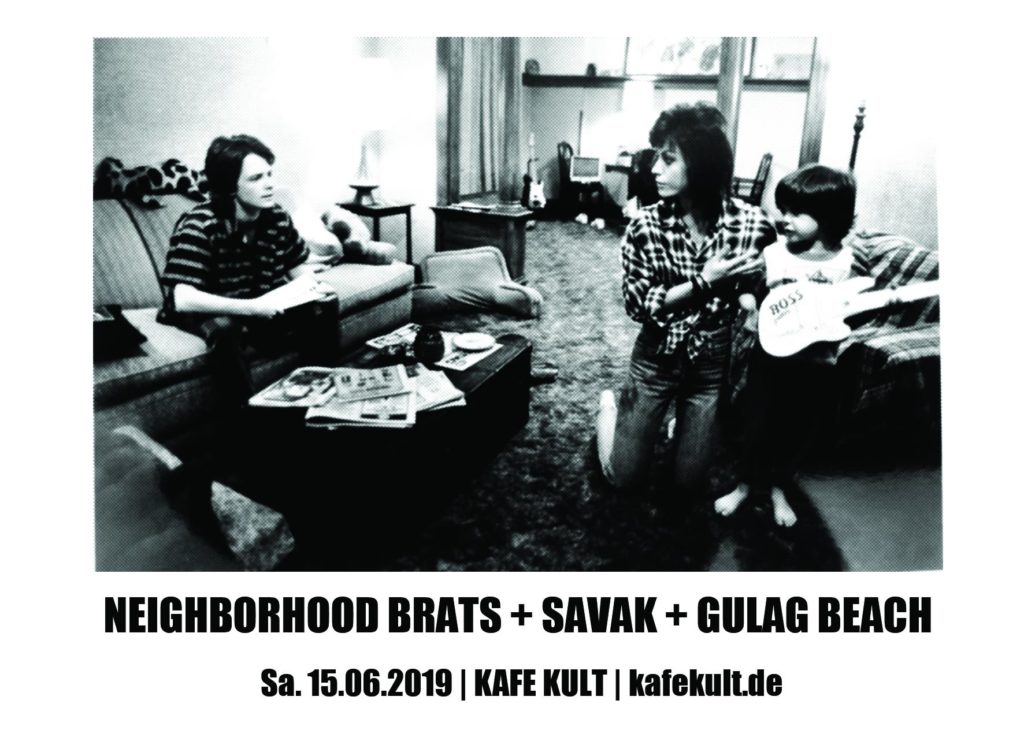 A California punk band formed in December 2010 by vocalist Jenny Angelillo and guitarist George Rager. In 2017, Angelillo, Rager and drummer Mike Shelbourn began preparing to record what would become the Night Shift 7”. In late 2018, the Night Shift session, coupled with a second session, were assembled to form the band’s second LP, Claw Marks.

Formed in 2015 in New York City by members of Obits, Holy Fuck and The Cops. With 3 LPs, 2 7″s and a brand new single, they visit Kafe Kult for the 2nd time. Recommended if you like The Saints, Television and Wire.