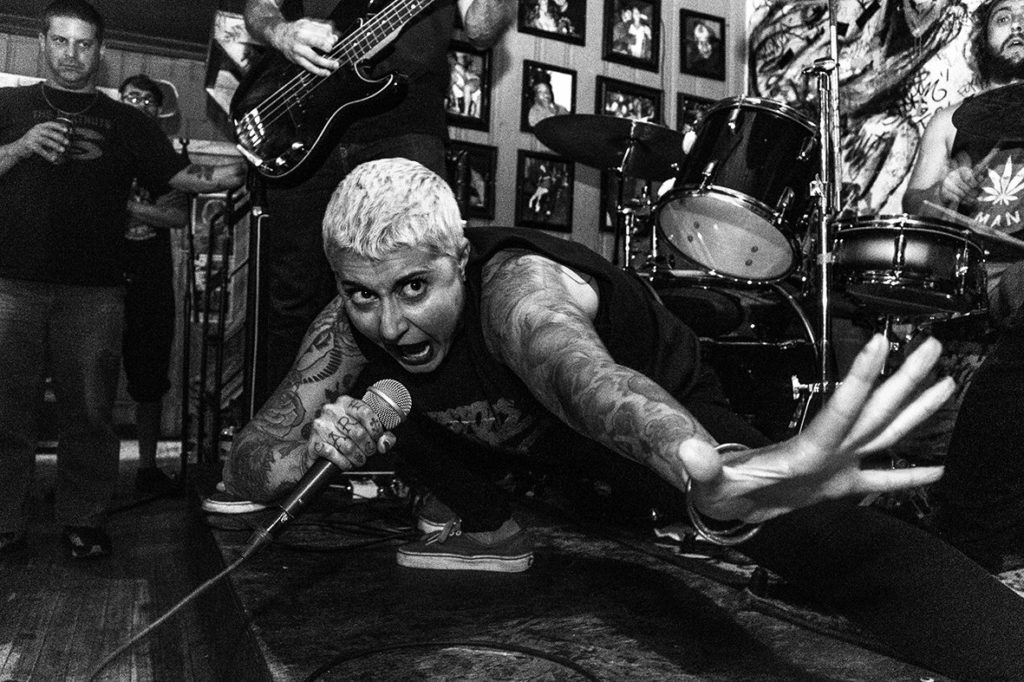 „The Bay Area punk scene was the perfect launching point for Neighborhood Brats, and it all happened really fast amidst the madness of intense partying, hypocritical scene politics and wildfire gentrification.

Founded by vocalist Jenny Angelillo, and guitarist George Rager, Neighborhood Brats hit the ground running, recording their debut EP with just 5 rehearsals under their belt. The urgency of “just going for it” became standard practice, with notoriously wild live shows and an almost as crazy reputation for off-stage behavior.

Witchy, twitchy and full of attitude, Fox Face is a fog-swirling, moonlit night where nothing’s as it seems. Blink, and they answer the question you didn’t even know you had. Both realized and reckless, Fox Face is an eerie musical force that would be just as much at ease holding a seance on a stormy, nighttime beach as they would be throwing a rager in a dark, beer-soaked basement bar.

Lead guitarist and vocalist Lindsay DeGroot is as comfortable in a Riot Grrrl shout in “(What You’re) Good For” as she is in the snarl of “I Believe In Science”, ambidextrously managing both pissed off and creepy, the words “I believe / In research/rationality” twisting like knives into her enemies. Fox Face’s explicitly feminist lyrics are undeniably bolstered by no-bullshit politics and inspired by the Book of the Dead and The Craft.