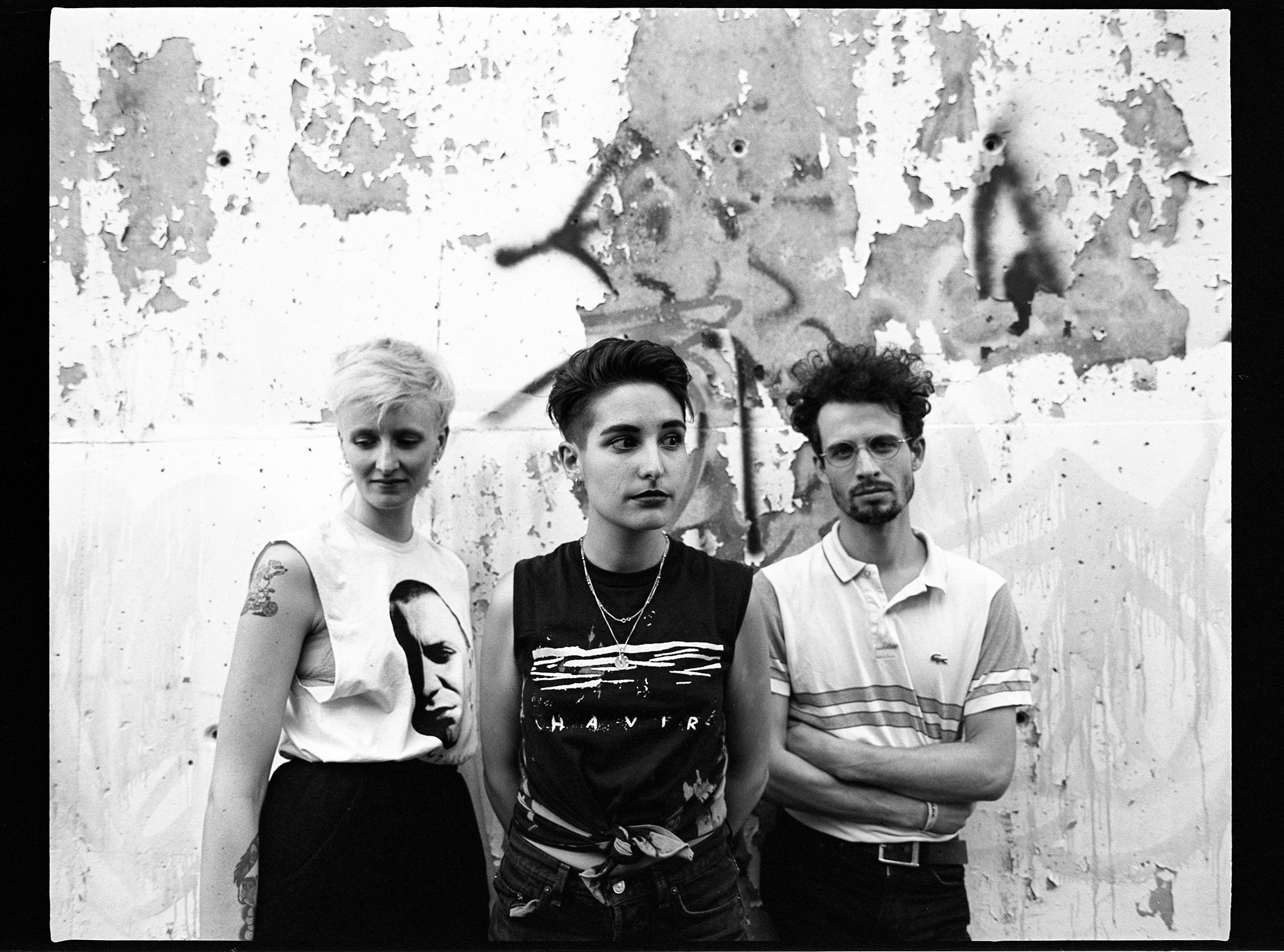 DECIBELLES is a group from Lyon, France, created in 2006 by Sabrina Duval and Fanny Bouland, and joined a few years later by Guillaume Carle. A visceral sound, captivating music that detonates an explosion of dB, a sound shock engulfing you in a wave of DECIBELLES.

Rock Français is a sulphurous album out of the foundation of Steve Albini’s temple, the last big factory of indie-rock and final bastion of the analog to Chicago, the Electrical Audio Studio. A 100% French Album produced in Chicago.

Knife Eyes is a young post-punk band from Stuttgart – and where else should a band like this come from: the capital of the rich and beautiful where the air there gets too thick to breathe. The band came together at the end of 2018 and is writing songs since then.